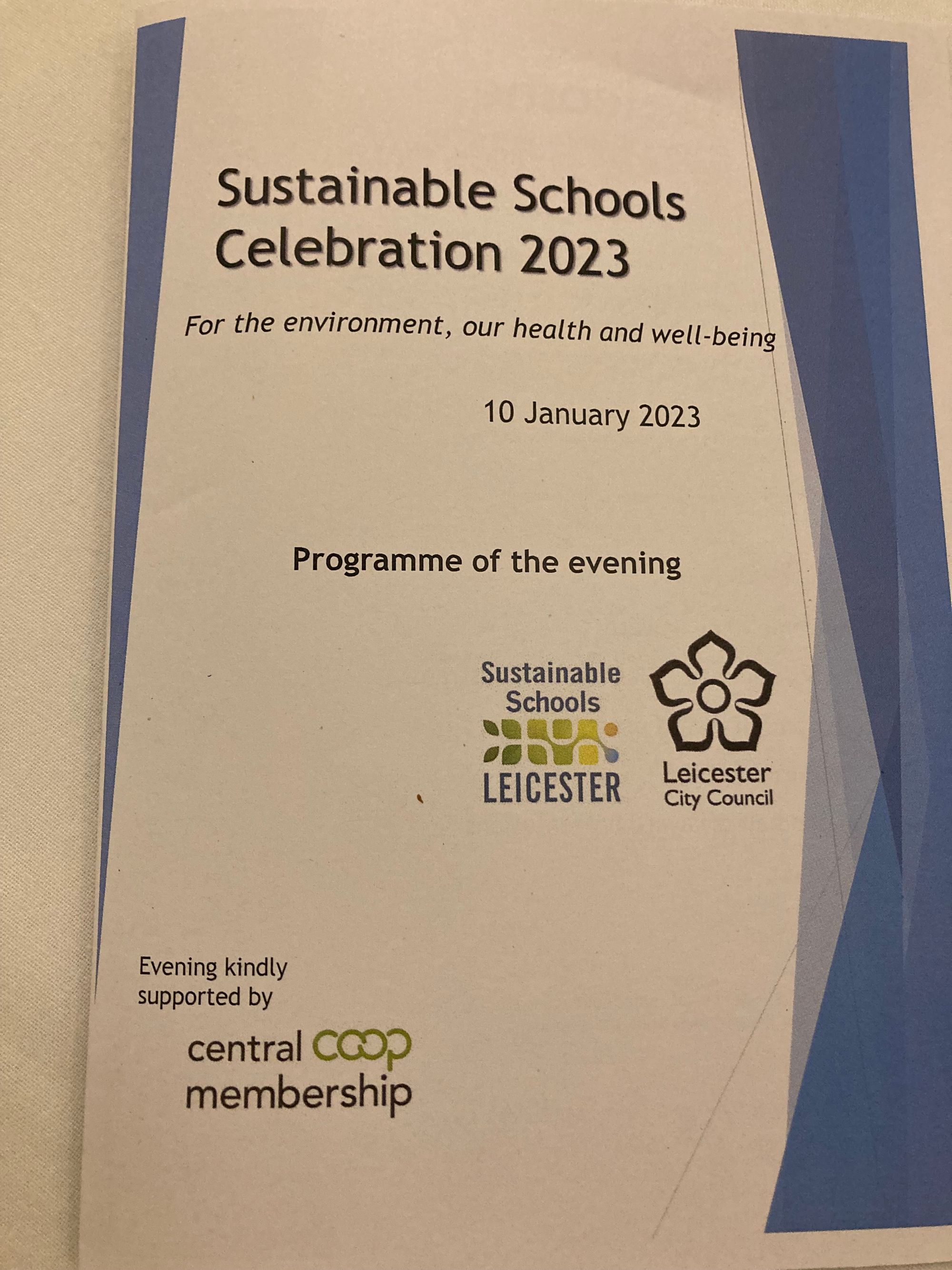 We were pleased to support the Sustainable Schools Celebration Awards evening in Leicester on 10th January 2023 by providing the refreshments for the event.  We have worked with Sustainable Schools for a number of years, usually by supporting the children in various health and environmental projects.   So it was lovely that a special evening was organised for the adults who play a fundamental part in supporting children at their schools on their various projects.  After all this is an extra curriculum activity and it wouldn't happen without them.  The Awards included teachers, assistants, cooks, premises officers, cooks, pastoral champion, parent champion etc. -just about every role you will find in a school (even a few students who had taken on leadership roles).  The Awards covered various activities from active travel champion to energy champion to recycling champion to mental health champion.

The Co-operative Values Award (an Award dedicated to Central Co-op) was awarded to an A Level Student from Gateway College in Leicester.

The student was nominated by a teacher for:-

"Being an amazing student at Gateway, his independence is rare in an A level student. He joined the Earth Advocates enrichment group despite having very little time on his timetable, he has attended every week and is a committed member of the team. He is very interested and moved by what he has learnt, and has developed a keen need to educate his peers.  He wants others to know, especially around the damage that the fashion industry has caused to our planet- causing more pollution than planes, trains and cars combined.  He has devised a project to educate others in college via a campaign where he will exhibit in the main area of the college upcycled fashion garments, creatively showcasing his skills and talents using recycled clothing.  The exhibition will feature garments also made by his peers. He has already created one piece which combines of his old school blazer with the badge still visible, but upcycled using silk scarves to make a very feminine, stitched and manipulated garment inspired by bird feather ruffles.  He intends to inspire others in his work, showing the possibilites of garments which may otherwise be thrown away.  The exhibition will also feature graphics giving facts about the fashion industry and the harm fashion causes.  He hopes his campaign will help his values to spread".

What a remarkable young person and we wish him every success in his work demonstrating co-operative values.